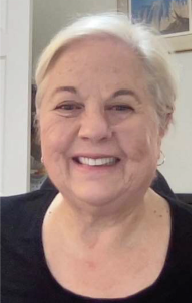 There are many workers in the workers' compensation system who suffer from psychological injury in the workplace. This may be Post-Traumatic Stress Disorder, as is often seen with first responders and others who have been exposed to significant trauma, or it may be Major Depressive Disorder, Anxiety Disorder or any number of psychological diagnoses. These conditions are often severe and disabling, preventing the worker from being able to leave the house, socialize, or even have a conversation with a stranger.

Psychological injury is doubly difficult because there is no x-ray or MRI to prove its existence. Moreover, due to their psychological condition, workers may not be able to express themselves well, get to a doctor, or follow a regular therapy plan.

Psychologists cost money, and if a worker doesn't have an extended benefits plan, they may not be able to afford treatment. These workers do not fare well in the workers' compensation system.

A critical time for a psychologically injured worker is when the Worker Compensation Board decides that the worker will not get significantly better or worse in the next 12 months, which is called "plateau" or "maximum clinical recovery." At this point they are referred to the vocational rehabilitation department and must participate with a vocational rehabilitation consultant or face benefit cut off.

Some workers just find this too much to handle. Faced with the prospect of losing their only source of income, they must participate in the vocational rehabilitation plan, even if it makes them worse.

I have represented workers whose mental health professionals have said that forcing the worker to participate in vocational rehabilitation may pose a grave threat to their well-being. Yet, the system does not bend.

More needs to be done to protect the most psychologically damaged and fragile workers in the system.